Some Workflows objects can be viewed on an interactive map in a Jupyter Notebook. Rather than calling .compute() with an explicit GeoContext, the workflow is computed on-the-fly for the area you’re viewing in the map. 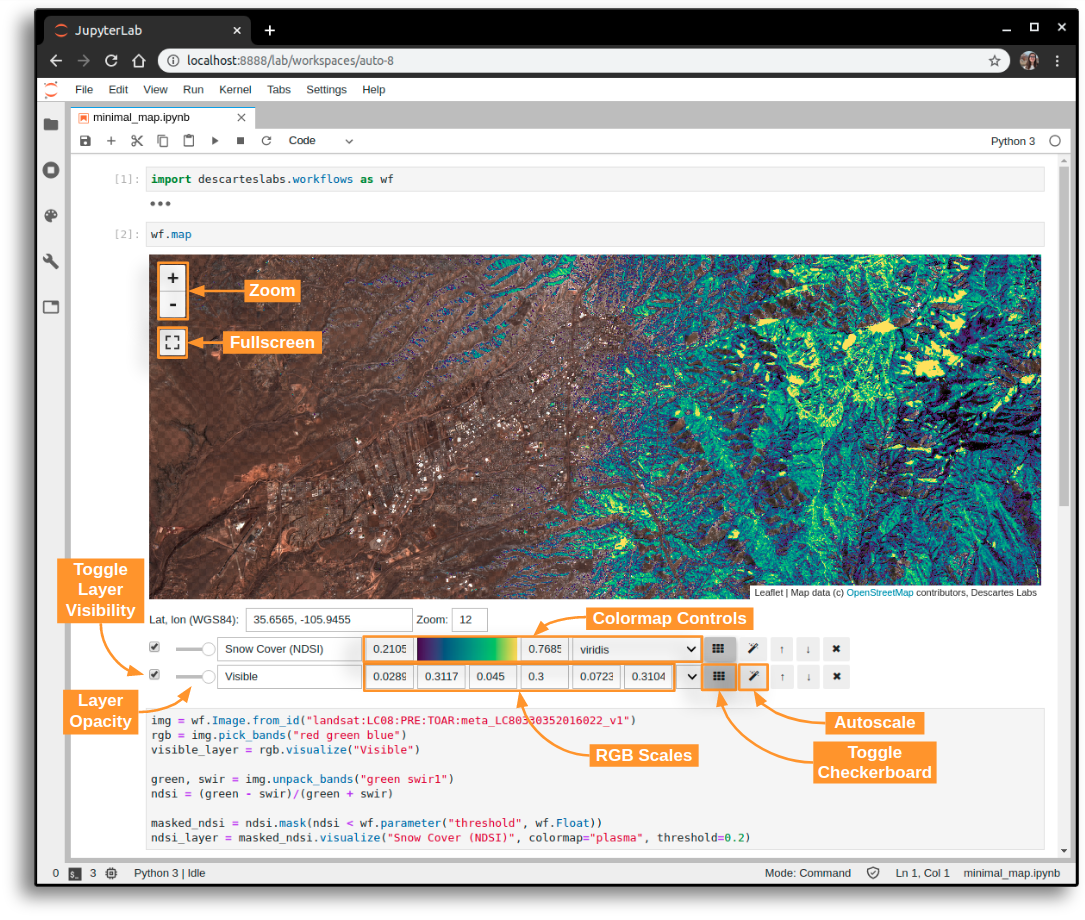 The fastest and easiset way to get started with interactive maps is to use the Descartes Labs Workbench. There is no installation required, simply log in and create a new Jupyter Notebook. See Usage for instructions on how to use wf.map.

Currently, ipyleaflet requires some additional installation steps to make widgets show up in Jupyter. For JupyterLab:

See Usage for instructions on how to use wf.map.

wf.map is a single MapApp instance that all layers are added to by default. To use the map, one of your first cells should be:

This will display the map below that cell. Right-clicking on the map and selecting ‘New View for Output’, will allow you to rearrange the map as its own tab.

Then, calling visualize will add a new layer to wf.map. (Note that visualize just adds the layer; nothing will show up directly underneath that cell.) Using the provided layer controls, you can adjust scaling, set colormaps for single-band images, perform autoscaling to the current viewport with the “Autoscale” button, and rearrange layers.